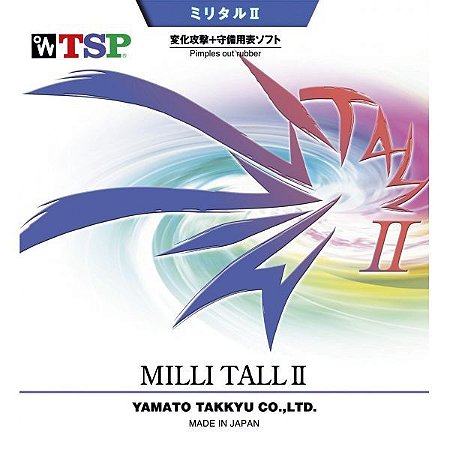 The pimples of TSP Milli Tall II are thinner than other pimple-out rubbers. There is also more space between the pimples. As a result, this special pimple rubber produces a lower flight curve and bounce of the ball by playing backhand strokes. This effect makes it difficult for your opponent to play hard attacking strokes. It is also easier for you to return your opponent`s serve.